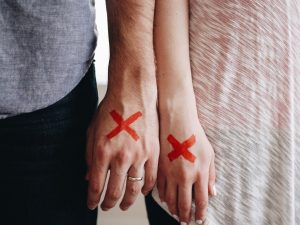 Getting a divorce in New York does not need to be stressful or time consuming. Often the most important issue in handling a divorce is hiring a New York street-smart divorce attorney.  We handle many international divorce matters in New York. Often our clients are foreign nationals married to New York residents or vice versa. These matters require, not only a New York family law attorney, but a New York attorney that understands international divorce requirements and the needs of resident aliens residing in New York.

No Fault Grounds for Divorce in New York
A no-fault divorce may be obtained in a New York court if one of the spouses notes, under oath, that the marriage has broken down irretrievably for a period of at least six months. A New York Family Court will grant a no-fault divorce in New York only if all divorce-related matters such as child custody, child support, division of assets and spousal support are resolved prior to the judgment of divorce.  If these matters are not resolved, the filing party should consider other New York grounds for divorce.

Fault Grounds for Divorce in New York
The following divorce grounds are the, only, fault grounds recognized by New York courts.

For all Fault Divorces, in New York, the burden is on the party filing for the NY divorce to prove fault on the part of the other New York spouse. A fault-based divorce in a New York court, normally, takes a substantially longer period of time to conclude than a divorce, in New York, based on the mutual consent of the parties. However, in many cases concerning substantial family assets and children, a New York fault-based divorce may be the only decent option in resolving the matter.