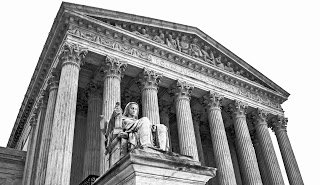 The Supreme Court’s decision in United States v. Texas this past June upheld a challenge to a pair of executive orders on immigration. While the political rancor continues on the issue of immigration, especially on the grand stage of election politics, businesses should remain vigilant in the evolution of immigration law on this front.

First, businesses are still obligated to use Form I-9 to verify the legal status of new employees even though the form expired.  Noncompliance may lead to monetary penalties up to $16,000 per violation.

Second, businesses relying on foreign skilled workers eligible for an H1-B visa should start planning for the next fiscal year – now.  As a result of this Supreme Court decision, the cap on skilled foreign employees remains at 65,000. The USCIS has began accepting H1-B petitions for the 2017 fiscal year, with more than 236,000 petitions filed.

Clearly, businesses cannot turn a blind eye to immigration matters. The possibility of new opportunities to access an expanded workforce can be a boon to businesses, especially those located in large metropolitan areas where new immigrants tend to migrate. Also, the immigrants allowed to remain pursuant to the President’s executive orders in question may no longer be protected from deportation or other penalties, so businesses must be sure that any worker who was effected by the executive order are still eligible for employment in the United States.

The law on immigration reform is in a volatile state. Even the outcome of the U.S. Presidential election will chart the course that the law will take, so business owners should keep a keen eye on both the state of the law and the state of American politics to see where immigration reform will settle.  We shall be updating the reader regularly.